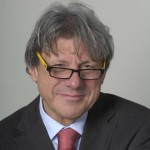 Bert is professor of Pharmaceutical Policy and Regulatory Science at Utrecht University. He obtained his PharmD and PhD degree from the same university. During the mid-80s he worked at Leiden University and was a Fulbright Fellow at the University of Minnesota (US). In 1997 he was appointed as full professor at Utrecht University. From 2003-2005 he was the Scientific Director of the Utrecht Institute for Pharmaceutical Sciences (UIPS), and during 2006-2007 head of the Depart­ment of Pharmaceutical Sciences of the Faculty of Science in Utrecht. Bert is research and policy-wise active at several (inter)national platforms on drug safety, pharmaceutical policy and regulatory science (e.g. past-member EMA Pharmaco­vigilance Working Party 2005-2009, chair of Dutch Medicines Evaluation Board (MEB) 2007-2017, past-member of the EMA CHMP 2009-2015, past-Pre­si­dent of ISPE, since 2008 Scientific Director of the Utrecht Centre for Pharmaceutical Policy and Regulation. He is affiliate professor at the Faculdade de Farmácia da Universidade de Lisboa and the Copenhagen Centre for Regulatory Science (CORS). He is (co) author of >500 papers in peer reviewed journals, book chapters and research reports. His key interests relevant for the Centre are pharmaceutical policy analysis, regulatory science, international health, risk assessment, public health, orphan drugs and scenario planning.